This principle is used under different names, for instance, the law of the vital few. Perhaps, the most recognizable is “80-20-rule” and “Pareto principle”. Despite its simplicity the idea is far-reaching: 80% of effect is produced from 20% of its cause.
Exactly in marketing and sales the Pareto principle can be applied really vividly, hopefully, opening eyes to some people in the business who were going to get real busy.

Italian economist Vilfredo Pareto(1848-1923), in his research of 1906 came to a conclusion that 80% of the land in Italy was owned by the wealthy 20% of the population, which is namely 20% of all the people living in Italy by that time. Pareto was astonished by his findings; what appeared to be an even bigger surprise was that, after doing more research, he found out that the situation was similar in other countries.

The Pareto Principle in relation to customers

Marketing strategist Perry Marshall has taken Pareto to its logical extreme. In his awesome book 80/20 Sales and Marketing he calls it the “explosive potential of 80/20”, and discusses how deep, how potent 80/20 really is.

Marshall has also approached the Pareto principle closer and saw its exponential nature: Let’s say that 20% of your customers are responsible for 80% of your sales. Now, let’s take those 20% and analyze what we’ve got. What you’ll discover is that 20% of that group (yes, 20 percent of 20 percent) is responsible for 80% of those sales. And then, if you take that 20 %, you can apply the Pareto principle again!

Writer Dave Lavinsky has explained that “The Pareto principle scales to the third power and fourth power, and so on, when the numbers are big enough.” Marshall argues that it is infinite.

It leaves to see whether it is infinite or not. Whatsoever, Pareto principle provides some high-performance applications marketing. Here are a few things that you would love to know about:

80% of your revenues come from 20% of your customers

This is the most common observation of the Pareto principle. Good news is it’s easy to see if it is workable for your business or not. If you find that the biggest chunk of your revenues comes from around 20% of your buyers, then make sure you’re working hard to retain those customers and you are treating them nice. 80/20 will also show you where the hidden potential to be uncovered. Here is the example of 80-20 Curve.

In this example 20% of the customers are ready to pay for a product a bigger price than you suggest.

Identify customers who have recently bought from you and spent a lot of money. Find out where those 20% come from, the traffic channels that they discovered, the ads on which they showed conversion and the content really made them engaged. Work on this content — optimize, improve and promote it.

Perform a demographic and psychographic study on your 20%. The better you get to know them, the better you can target them. Focus on your best clients and deliver the best you can.

What products do you sell? If the Pareto principle is applicable to what you do, then you’ve got some hot sellers, responsible for around 80% of your sales. These are the products that you should work to enhance, promote and advertise. They’re hot sellers for a reason, so do make the most of them.

Many companies dedicate a lot of time to develop some unique keywords, a keyword-forming strategy, which they can apply across their website. But here’s the surprising thing about keywords: In most cases, 80% of your traffic and visitors come from a mere 20% of your keywords. A few case studies show that the ratio is even more weighted than that.

You already know that content marketing is a one truly sustainable and far-reaching channel and it does earn its place in your portfolio. But do you know where your content marketing leads are coming from? If your experience is like mine, you’ll find that most of your leads and traffic are generated by mere 20% of your content assets. When we encourage our clients to analyze their content marketing resources, they often discover one evergreen piece of content that is forever attractive and relevant and continues to drive tons of traffic.

Try to analyze your Social Sharings. Where are all those likes, shares, and retweets coming from? They are probably coming from just 20% of your updates. For a better precision you can use a social analytics tracker, and find out the features that your high-performing social updates have in common and apply them to your other updates.

80% of your revenue come from 20% of your power channels

If you take a look at your advertising channels, do a little research and compare them to one another, you’ll realize that the highest performance is generated from roughly 20% of them. Your best step here is to scrutinize these very channels and seek ways how to reinforce and expand them.

Bear in mind that the Pareto principle is not a law. It can be applied sometimes in some circumstances, but not always it is relevant. Yes, it can be extremely powerful. And that means the same kind of power that comes from finally realizing that your data is telling you a story and this story is actually workable.

Be reasonable and cautious when using it, but do use it. And you will see the beneficial effect on your business performance.

What do You think? 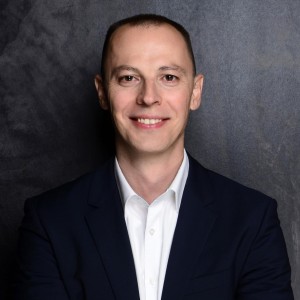 As a founder and entrepreneur, I experience every day how important customer centricity is for companies.

Integrate the essential customer perspective into your product genesis and marketing processes. That puts horse powers on the street, until it runs.

Get all the Customer Centricity topics conveniently in your mailbox. Community building – bring your most active customers and users together